You are here: Home / Welcome to SsAM / History of SsAM 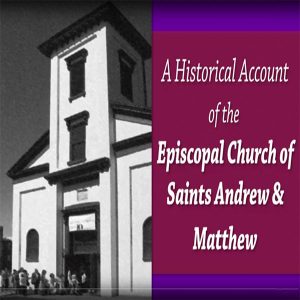 Here is a brief history of our church, plus links to related posts.

14 Guilding Principles of SsAM. These principles were drafted by the two churches in 1996 before their consolidation.

History of Slavery in Delaware. Diane Clarke Streett, a member of SsAM, is one of the authors of this six-page history. In 2010, she was sworn in as the second black woman to serve as a Delaware Superior Court judge.

History of Wilmington Garden Day. An annual tour of gardens and homes to benefit charities in Wilmington, Delaware.

VIDEO: Growing up Black in Wilmington, Delaware. The Rev. Canon Lloyd S. Casson remembers growing up in Wilmington, Delaware, and serving as a priest in two downtown churches, and serving as president of the school board. Recorded at the Service of Repentance for Slavery in the Episcopal Diocese of Delaware, October 30, 2010.
PART TWO: Click here to see Part Two of Canon Casson’s talk, above for Part One.

A Brief History of SsAM 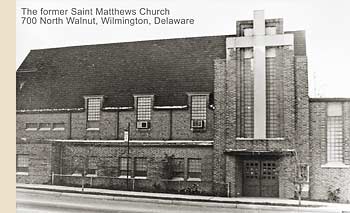 Both churches had a strong commitment to social justice. St. Andrew’s provided meals and shelter for the homeless. St. Matthew’s founded Wilmington’s first job-training center and a program that guarantees college admission and tuition to 48 middle school students from Wilmington’s east side. Together they established a ministry for the homeless called Sojourner’s Place. 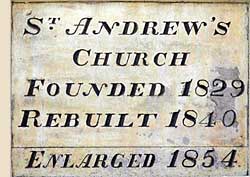 In 1991, St. Andrew’s approached St. Matthew’s about “doing things together.” This began with joint services on Palm Sunday. Conversations between the two rectors moved to conversations between the vestries, and, in 1993, St. Matthew’s informed St. Andrew’s that its members were open to more in-depth conversation about forming a New Covenant Community. All agreed such a step must bring both witness and strength to Wilmington. They created a new entity “grounded in Christian fellowship, racial diversity, and advocacy for justice.” The new entity was admitted to the diocese as a parish in 1996. Ten years later, in 2006, we celebrated our 10th anniversary with a banquet, a walk back to the old St. Matthew’s, and with many other festivities and services. 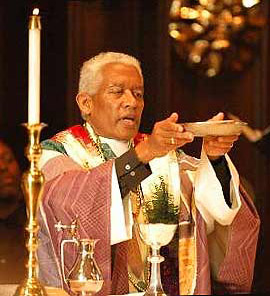 Today the combined congregation worships in the church St. Andrew’s built in 1840 to replace an earlier structure destroyed by fire. Although some alterations have been made, and parish and church school facilities added, the original building has not been greatly modified architecturally. Its tiny churchyard is the only remaining burial spot in center city Wilmington.

These are the guiding principles when the new congregation was developed which are reaffirmed every year. guiding-principles-1994

The brief history seen above appeared in the 1999 calendar published by the National Episcopal Historians and Archivists.

In 1997, the Episcopal Church of Sts. Andrew and Matthew formed a task force to identify, explore, and recommend options for the development of the five-story vacant building located at 701 Shipley, which it owned. In 2010, the studio living spaces began being rented at 701 Shipley to artists and art professionals as Shipley Lofts. Also, an art gallery opened. Click here to learn more about Shipley Lofts and the Chris White Gallery.

SsAM IS NOW RECEIVING NAMES FOR OUR NEXT RECTOR! If you are a clergy person and interested in our open rector position, we invite you to … END_OF_DOCUMENT_TOKEN_TO_BE_REPLACED

The Rev. Deacon Clay Brown will be ordained a priest on Saturday, February 4, at 11am. He joined the Episcopal Church of Saints Andrew … END_OF_DOCUMENT_TOKEN_TO_BE_REPLACED

You are invited to worship God with us in person this Sunday at 8:00 or 10:30 a.m. in downtown Wilmington, Delaware. Our newly-ordained … END_OF_DOCUMENT_TOKEN_TO_BE_REPLACED

Silent Walk for Justice and Peace, 5:30pm on Friday, February 3 Join us for this peaceful, prayerful walk through the center of … END_OF_DOCUMENT_TOKEN_TO_BE_REPLACED

An interview with Rosetta Henderson and a digital exhibit exploring her life and accomplishments is now at the Hagley Museum and Library. … END_OF_DOCUMENT_TOKEN_TO_BE_REPLACED

A reflection by Danny Schweers for January 29, 2023. Why did our companionship, in spite of events, continue as cheerfully as ever? Why … END_OF_DOCUMENT_TOKEN_TO_BE_REPLACED

The next walk begins on Friday, February 3 at 5:30 p.m. in the SsAM parking lot, 713 N. Shipley Street. Join us for this peaceful, … END_OF_DOCUMENT_TOKEN_TO_BE_REPLACED

Children’s Chapel will meet on February 12 and 26, and on every second and fourth Sunday at 10:30 a.m. in Crypt Hall. Children have several … END_OF_DOCUMENT_TOKEN_TO_BE_REPLACED