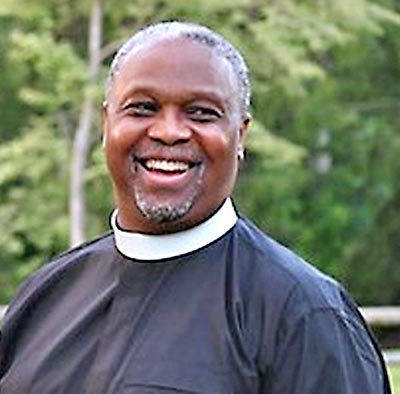 Prior to his ordination, he was a member of Christ Church Christiana Hundred. At the request of our bishop, and with the approval of the vestry, Deacon Clay will serve under the supervision and mentorship of our interim rector, the Rev. James M. Bimbi, for a period of six to eight months.

His first Sunday with us will be August 21.

Clay’s position with SsAM will be non-salaried, serving approximately 6-10 hours per week. He is employed full-time in the field of psychiatric nursing, a career he intends to continue pursuing in addition to his ordained ministry. Besides serving at worship services on Sundays, he will be sharing his gifts and energy in other ministry areas.

Be sure to introduce yourself to him soon and make him welcome to SsAM.

Worship services on Sundays at 8am and 10:30am. Prayer services other days. Learn more about Sunday and weekday services of worship and prayer.

Let us know you visited us! Fill out the form.

Ask others to pray. Use our Prayer Request form.

Minister to others! In worship service,  behind the scenes, and in the community.

Support Our Efforts Financially. Make a secure on-line donation or make a pledge.

SsAM, the Episcopal Church of Saints Andrew & Matthew in downtown Wilmington, Delaware, welcomes you! Looking for something in … END_OF_DOCUMENT_TOKEN_TO_BE_REPLACED

You are invited to praise God with us this Sunday, October 2, at 8am and 10:30am in downtown Wilmington, Delaware.   Come to God’s … END_OF_DOCUMENT_TOKEN_TO_BE_REPLACED

I hope that you have seen the announcement about Adult Christian Education, also known as Adult Formation: “Episcopal-ness: From The … END_OF_DOCUMENT_TOKEN_TO_BE_REPLACED

A Newly Formed Ministry: Meet The Need. In order to better serve our community, the Episcopal Church Women (ECW) of SsAM and the church’s … END_OF_DOCUMENT_TOKEN_TO_BE_REPLACED

The next walk begins on Friday, October 7 at 5:30 p.m. in the SsAM parking lot, 713 N. Shipley Street. These walks are a public display of … END_OF_DOCUMENT_TOKEN_TO_BE_REPLACED

2022-09-19 -- New COVID-19 booster vaccines are making their debut this fall, and they’ve been modified to target specific omicron variants … END_OF_DOCUMENT_TOKEN_TO_BE_REPLACED

We are delighted to announce that Cynthia Primo Martin, a long-time member of SsAM and daughter of the late Bishop Quintin E. Primo, Jr., … END_OF_DOCUMENT_TOKEN_TO_BE_REPLACED

Every weekday at 8am, 5pm, and 8pm. Also on Saturdays at 10:30am. Prayer Services at SsAM are via Video. Click here to see our Facebook … END_OF_DOCUMENT_TOKEN_TO_BE_REPLACED