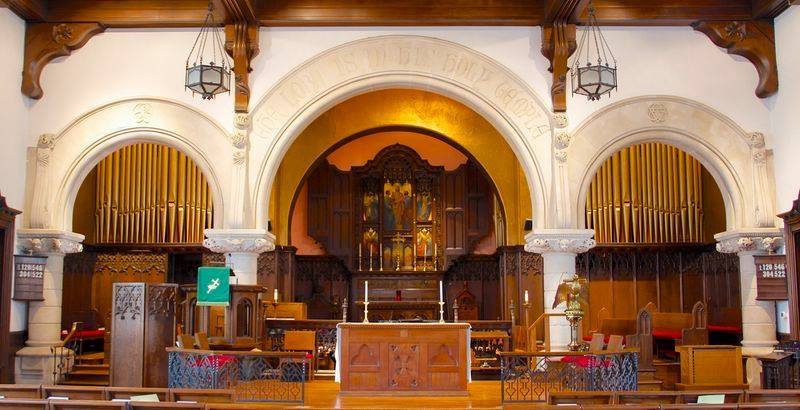 Quimby Pipe Organs, Inc.
Installation began in July of 2016
and was completed in 2017.

SsAM IS NOW RECEIVING NAMES FOR OUR NEXT RECTOR! If you are a clergy person and interested in our open rector position, we invite you to … END_OF_DOCUMENT_TOKEN_TO_BE_REPLACED

You are invited to worship God with us in person this Sunday at 8:00 or 10:30 a.m. in downtown Wilmington, Delaware. Our newly-ordained … END_OF_DOCUMENT_TOKEN_TO_BE_REPLACED

The Rev. Kevin Clayton Brown, will celebrate Eucharist for the first time on Sunday, February 5, 8:00 am and 10:30 am By the Grace of God … END_OF_DOCUMENT_TOKEN_TO_BE_REPLACED

Charisse L. Rodgers has served the church in numerous capacities, to include, vestry person, church treasurer, ECW board, diocesan … END_OF_DOCUMENT_TOKEN_TO_BE_REPLACED

A reflection for February 5, 2023 by Mary Lou Edgar. It is hard to believe that we are in the middle of winter. We have had many nice … END_OF_DOCUMENT_TOKEN_TO_BE_REPLACED

An interview with Rosetta Henderson and a digital exhibit exploring her life and accomplishments is now at the Hagley Museum and Library. … END_OF_DOCUMENT_TOKEN_TO_BE_REPLACED

Children’s Chapel will meet on February 12 and 26, and on every second and fourth Sunday at 10:30 a.m. in Crypt Hall. Children have several … END_OF_DOCUMENT_TOKEN_TO_BE_REPLACED