Women give their Time, Talent, and Treasure to support Child Inc. through February, 2023

The Episcopal Church Women at SsAM wants you to join them in supporting Child, Inc., an agency that has a number of shelters for women escaping domestic violence. We have been asked to help provide cell phones and $25.00 gift cards to activate the phones. The women need these phones to escape from being found by the abusive partner as well as to have the ability to contact family members, court personnel, etc. 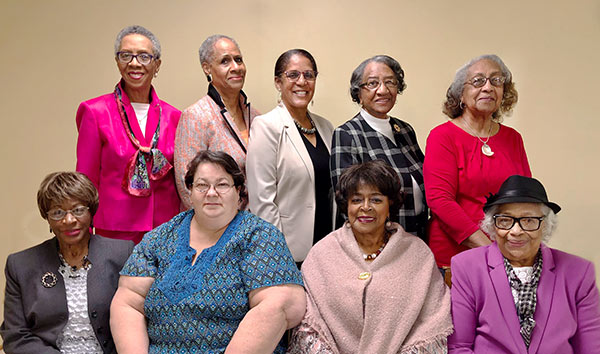 In-Person Meetings are at 10am on Second Saturdays

The Episcopal Church Women Ministry at SsAM meet in person on at 10:00 a.m. on the second Saturday of the month at the church. The history of “women’s work” in the Episcopal Church in the United States began during colonial times (around 1655). But this work was not formalized officially until the General Convention of the Church in 1871, with the following mission:

The mission of the National Episcopal Church Women is to provide services to women and girls around the globe and to champion human rights and equality for all people since 1871.”

In 2022, the ECW ministry, after much discussion and investigation, pledged to support organizations which offer direct services to women, children and families in distress. We identified two organizations to support this year.

We provided “welcome home baskets” for the families who have completed the family management program and are moving into a permanent housing situation. The contents of each laundry basket contained the following items: laundry detergent, dish detergent, bath soap, toilet brush, toilet tissue, paper towels, bathroom cleaner, kitchen cleaner, light bulbs, AA batteries and small tool kit at a cost of $56.00 per basket for a total cost of $560.00. The goal was 10 baskets and we completed that goal. A huge debt of gratitude and thanks goes to all who contributed to this project! 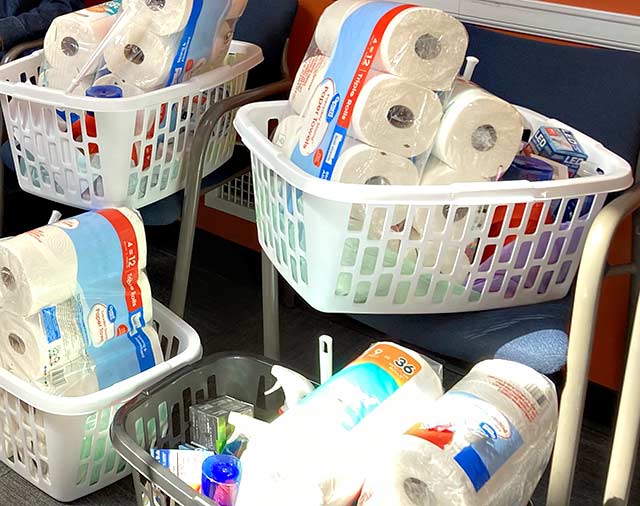 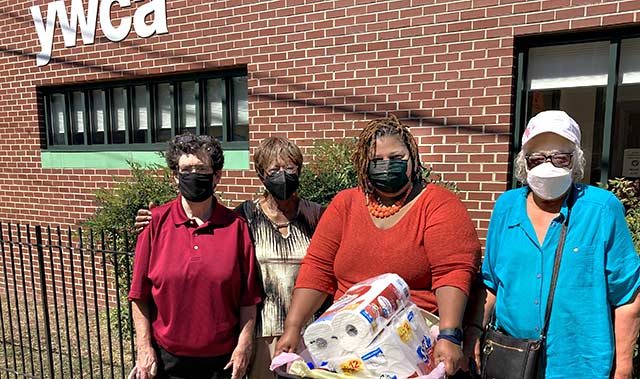 We provided cell phones with $25 gift cards and female underwear (all sizes). These items are much needed and essential for women and their children who have had to leave their homes due to domestic violence. We purchased and/or received directly) and delivered 10 cell phones w/$25.00 gift cards for a total of $650.00. In addition, we purchased and/or received a total of 31 packs of underwear from donations and purchases for a total of $248.00.

This portion of our women’s project was put on hold during the Christmas season so as not to interfere with “Undee Sunday”, “Angel Tree” and other charitable requests made during this period.

The Child, Inc. campaign will begin again in January, 2023 and run until February 28, 2023. We are hoping to reach our goal of 25 cell phones and cards as well as 75 packs of women’s undees to donate to this organization.

ECW sincerely thanks everyone who generously participated in our projects and we wish all of you a blessed Christmas and a happy, healthy and prosperous new year.

Home of the Brave

This program for homeless female veterans is a diocesan-wide annual project of the Episcopal Church Women’s in Delaware. On October 15, 2022, the ECW of SsAM delivered 69 rolls of toilet tissues, 144 rolls of paper towels, 1 lg. container of liquid Tide, 1 lg container of Purex, 9 twin sheet sets, 2 pillows, 4 lg. towels, 6 sm towels, 5 face cloths and 4 gift cards totaling $175.00. It is estimated that the total value of SsAM’s ECW contribution amounted to $850.00.

Both the receiving organizations and the ECW of SsAM thank all who contributed to these worthwhile efforts.

“Almighty god, we pray that you will bless our work in mission and ministry in our world. Help us to pray fervently, labor diligently, and give liberally to make known the power of your love given through you son, Jesus Christ. Let us not forget the lessons of the past, nor fear the challenges of the future. Anoint us with your grace and shine in our hearts as we reflect your light throughout the world.” Amen
—National Prayer recited at all ECW Meetings

Click here to read the 2022 stewardship witness of Ernestine Brock-Walker.

Women must be at least 16 years of age, attend a minimum of 6 consecutive meetings, and participate in ECW projects. Meetings are held the second Saturday of the month beginning in January and ending in June. Active members are eligible to hold office in the ECW Ministry.

2019 Christmas Luncheon of the Episcopal Church Women. Our theme was “Mary the mother of Jesus was a refugee”.

For more information and to become involved, please contact us.

SsAM IS NOW RECEIVING NAMES FOR OUR NEXT RECTOR! If you are a clergy person and interested in our open rector position, we invite you to … END_OF_DOCUMENT_TOKEN_TO_BE_REPLACED

The Rev. Deacon Clay Brown will be ordained a priest on Saturday, February 4, at 11am. He joined the Episcopal Church of Saints Andrew … END_OF_DOCUMENT_TOKEN_TO_BE_REPLACED

You are invited to worship God with us in person this Sunday at 8:00 or 10:30 a.m. in downtown Wilmington, Delaware. Our newly-ordained … END_OF_DOCUMENT_TOKEN_TO_BE_REPLACED

Silent Walk for Justice and Peace, 5:30pm on Friday, February 3 Join us for this peaceful, prayerful walk through the center of … END_OF_DOCUMENT_TOKEN_TO_BE_REPLACED

An interview with Rosetta Henderson and a digital exhibit exploring her life and accomplishments is now at the Hagley Museum and Library. … END_OF_DOCUMENT_TOKEN_TO_BE_REPLACED

A reflection by Danny Schweers for January 29, 2023. Why did our companionship, in spite of events, continue as cheerfully as ever? Why … END_OF_DOCUMENT_TOKEN_TO_BE_REPLACED

The next walk begins on Friday, February 3 at 5:30 p.m. in the SsAM parking lot, 713 N. Shipley Street. Join us for this peaceful, … END_OF_DOCUMENT_TOKEN_TO_BE_REPLACED

Children’s Chapel will meet on February 12 and 26, and on every second and fourth Sunday at 10:30 a.m. in Crypt Hall. Children have several … END_OF_DOCUMENT_TOKEN_TO_BE_REPLACED