You are here: Home / Who We Are / Staff / David Christopher, Organist, Director of Music and Associate for Liturgy 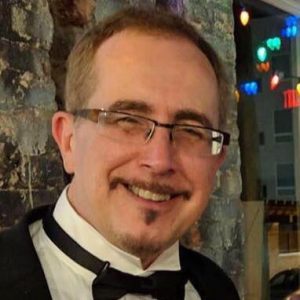 David Christopher, MM, CAGO, has served as the Organist, Director of Music and Associate for Liturgy at The Episcopal Church of Saints Andrew and Matthew (SsAM) since April of 2001. During that time, he has developed a rich, multi-cultural musical and liturgical program based in the Anglican tradition, yet incorporating a wide range of musical styles including chant, spirituals, jazz, gospel and world music. As a liturgical organist, David’s unique style of improvisation and service playing has served as the “glue” which holds together a liturgy embracing the music of many styles, cultures and faith traditions.

Before coming to SsAM, David served as the Organist and Director of Music at St. Peter’s Episcopal Church in the Great Valley in Paoli, Pennsylvania, First Presbyterian Church in Newark, Delaware, and Red Clay Creek Presbyterian Church in Wilmington, Delaware. David received his undergraduate degree in keyboard and vocal performance at West Chester University, and recently completed  a graduate degree at the Peabody Conservatory of Music as a student of Donald Sutherland.  Other notable organ teachers have included Harry Wilkinson, Robert Elmore and Alan Morrison.

As a conductor, D 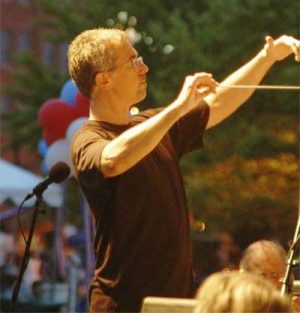 avid has built a varied and highly successful history as an interpreter of choral, orchestral and stage works. He has served as associate conductor for OperaDelaware where he made his opera conducting debut to critical acclaim in The Gondoliers (Gilbert & Sullivan), conducted Die Fledermaus (Strauss), and served as assistant conductor for numerous productions.  Other operatic credits include Die Zauberflöte (Mozart), The Merry Widow (Lehar), La Traviata (Verdi),  Savitiri (Holst), The Tender Land (Copland), Carmen (Bizet), The Nightingale (Stravinsky), as well as most of the Gilbert and Sullivan repertoire.

Through his association as conductor for the City of Wilmington, David has served as conductor and music director for the All-American Tribute Orchestra as part of the annual 4th of July Celebration in Tubman-Garrett Park at the Riverfront in Wilmington.  On several occasions he has conducted concerts featuring the sacred music of Duke Ellington (featuring jazz orchestra, soloists, chorus and dancers) in collaboration with Tina Betz and the City of Wilmington as part of the DuPont Clifford Brown Jazz Festival in Wilmington. 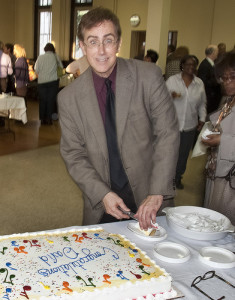 We are celebrating our faith via video until we can gather together again in downtown Wilmington, Delaware at the Episcopal Church of Saints … END_OF_DOCUMENT_TOKEN_TO_BE_REPLACED

You can join our next parish-wide conversation about racism in the community on video or phone on October 25 at 11:15 a.m. Click here to … END_OF_DOCUMENT_TOKEN_TO_BE_REPLACED

FR. DAVID’S BLOG OF 10/23/2020: This week I wish to hold up the work of Patty Greene in her role as a vestry member and leading our … END_OF_DOCUMENT_TOKEN_TO_BE_REPLACED

You are invited to walk for justice and peace, take part in worship services, pray mornings and evenings, and more! Fr. David invites all … END_OF_DOCUMENT_TOKEN_TO_BE_REPLACED

The two Stewardship Webinars of October, 2020 can be seen here. The passcodes for these webinars were in the email blast to members on … END_OF_DOCUMENT_TOKEN_TO_BE_REPLACED

If you want to make your pledge to SsAM for 2021, you can use this on-line form, which does NOT ask for bank account or credit card … END_OF_DOCUMENT_TOKEN_TO_BE_REPLACED

FR. DAVID’S BLOG OF 10/9/2020 — We hope to live stream our worship services via video soon! Since Easter Sunday we have been … END_OF_DOCUMENT_TOKEN_TO_BE_REPLACED

Funds are regularly collected during worship services by our Community Advocacy Committee to help people locally, sometimes nationally, and … END_OF_DOCUMENT_TOKEN_TO_BE_REPLACED