You are here: Home / Who We Are / Clergy / Canon Lloyd Casson 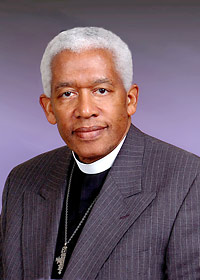 The Rev. Canon Lloyd S. Casson is Rector Emeritus of Saints Andrew and Matthew, having served as its first rector. He was honored by the community and his parish when he officially retired on June 3, 2007, after 43 years of ministry in the Episcopal Church.

A native Delawarean, Canon Casson served for ten years as the rector of the Episcopal Church of Saints Andrew and Matthew, a unique parish formed out of the union of two historic Episcopal churches in Wilmington, one with a predominantly white membership and the other predominantly black. As the chief pastor, Canon Casson provided spiritual and administrative leadership to this new congregation, which continues to be an instrument of reconciliation and diversity.

Canon Casson has also been involved in community affairs and world issues. He works with Pacem in Terris and Stand Up for What’s Right and Just (SURJ) in the Wilmington area on issues of peace and justice, and criminal justice reform. He is a board member of the Brandywine Pastoral Institute. From 2011 to 2015, he was president of the school board of Reach Academy for Girls, a charter school in Delaware. 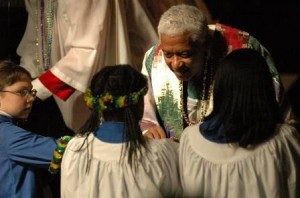 Canon Casson has been and continues to be active in the Episcopal Diocese of Delaware, the Episcopal Church of the United States, and in national and international affairs. In his work, Canon Casson traveled extensively throughout Europe, Africa, India, the Caribbean, Central and South America. Most recently, he participated in an international conference on global poverty and HIV/AIDS in Blocksburg, South Africa, involving 400 representatives from churches of the worldwide Anglican Communion.

Canon Casson began his long pastoral career as the Associate Rector of St. Andrew’s Episcopal Church and as the Rector of St. Matthew’s Church, both in Wilmington. Also during this period in the late 1960s and early 1970s, his community activities included serving as president of the Wilmington Board of Education.

He has also served at several parishes in New York City, as Canon Missioner at the Washington National Cathedral, and as the Social Justice Officer for the Episcopal Church Center in New York.

CANON CASSON COMPLETES THE LIVING SCHOOL
The Living School for Action and Contemplation offers a unique opportunity to a select group of students to deepen engagement with their truest selves and with the world. Students discover their authentic identity and grow their capacity to embody this calling in the world. Through rigorous study and contemplative practice, they awaken to the pattern of reality-God’s loving presence with and in all things and embrace a rich heritage of faith from the Christian mystical tradition. Canon Casson completed this program, led by Richard Rohr, on September 17, 2020 in a virtual “sending ceremony”.

You can make a one-time donation or set up a donation that repeats weekly or monthly. A click on the button will bring you to a secure … END_OF_DOCUMENT_TOKEN_TO_BE_REPLACED

We are celebrating our faith via video until we can gather together again in downtown Wilmington, Delaware at the Episcopal Church of Saints … END_OF_DOCUMENT_TOKEN_TO_BE_REPLACED

You are invited to take part in Worship Services, Morning & Evening Prayer, Centering Prayer, and in Walks for Justice and Peace. Fr. … END_OF_DOCUMENT_TOKEN_TO_BE_REPLACED

You are invited to participate in an on-line spiritual retreat now and then to discuss the retreat with others at SsAM in October. The … END_OF_DOCUMENT_TOKEN_TO_BE_REPLACED

Can you imagine this country being a model to the world for racial justice? In the September 20, 2020 edition of the Delaware Communion … END_OF_DOCUMENT_TOKEN_TO_BE_REPLACED

FR. DAVID’S BLOG OF 9/11/2020 — Let me begin by acknowledging how our world and our lives changed nineteen years ago today. The horrific … END_OF_DOCUMENT_TOKEN_TO_BE_REPLACED

April 26 , 2021, will mark 25 years since the founding of the Episcopal Church of Saints Andrew & Matthew in downtown Wilmington, … END_OF_DOCUMENT_TOKEN_TO_BE_REPLACED

SsAM congratulates Halimah DeLaine Prado on her appointment as General Counsel for Google, Inc. Halimah is the daughter of SsAM member Renee … END_OF_DOCUMENT_TOKEN_TO_BE_REPLACED