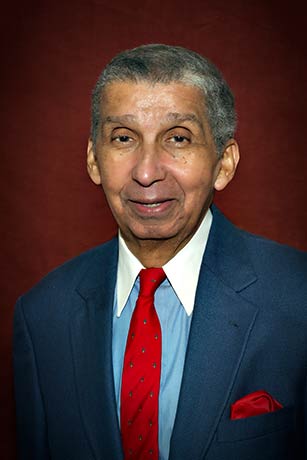 The former school superintendent, Army veteran, civil rights activist, and long-time member of our church died in Wilmington on April 21, 2020, at the age of 85. The Mayor’s Office released the following press release on May 5:

Wilmington Mayor Mike Purzycki today honored the memory of former Red Clay School District Superintendent Dr. Joseph E. Johnson, who passed away at his Wilmington home at the age of 85. The Mayor characterized Dr. Johnson as one of Wilmington’s “most caring, effective, forward-thinking, dedicated, and memorable residents whose work influenced the lives of countless people.”

“It is particularly fitting that we celebrate Dr. Johnson’s remarkable life of service during Teacher Appreciation Week,” the Mayor added. “A beloved educator and advocate, his profound impact on the lives of so many will be his lasting legacy to a grateful City.”

Born in Wilmington in 1934, Dr. Johnson was a graduate of historic Howard High School and held a B.S. in Biology from Central State University, a master’s in School Administration from Seton Hall University, and a Doctorate in Education from the University of Massachusetts. He was selected by the Rockefeller Foundation to participate in a superintendents training program, served two years on active duty as an officer in the U.S. Army Surface-to-Air Missile program, and taught science in Montclair, NJ, before returning permanently to his hometown.

Once back in Wilmington, Dr. Johnson began his career in school administration at Warner Junior High School. In 1968 he became principal of P.S. DuPont High School then, after serving as District Director of Personnel, he was appointed Superintendent of the Wilmington Public Schools. Finally, he became the first Superintendent of the Red Clay School District, serving in this capacity for nine years until his retirement in 1990.

Born and raised on Wilmington’s east side, Dr. Johnson was deeply involved in the struggle for civil rights and actively engaged in the important issues of his time. He participated in Martin Luther King Jr.’s March on Washington in 1963, and the Million Man March in 1995. Dr. Johnson ably represented the interests of City students and teachers, and articulated requirements for their equitable treatment, during the landmark Evans v. Buchanan desegregation case. And over the years he served as a consultant and valued contact in the many federal cases concerning strategies to desegregate schools and to provide quality education for all students.

Among the many honors that Dr. Johnson received during his long life was his being chosen as the first subject of The Delaware Historical Society’s “Voices of The Elders – Stories of African Americans in Delaware.” Click on this link to see Dr. Johnson’s contribution to that project.

Please make a donation to a local food pantry! Children and families in our community are going hungry. Here is a new initiative of how you … END_OF_DOCUMENT_TOKEN_TO_BE_REPLACED

We are celebrating our faith via video until we can gather together again in downtown Wilmington, Delaware at the Episcopal Church of Saints … END_OF_DOCUMENT_TOKEN_TO_BE_REPLACED

Every day in December, you are invited to do something generous, studious, or prayerful. Here are fun, interactive activities that will … END_OF_DOCUMENT_TOKEN_TO_BE_REPLACED

This year — 2020 — we will support the mothers and children from Friendship House’s Transitional Housing at Christmas. Since we are … END_OF_DOCUMENT_TOKEN_TO_BE_REPLACED

If you want to make your pledge to SsAM for 2021, you can use this on-line form, which does NOT ask for bank account or credit card … END_OF_DOCUMENT_TOKEN_TO_BE_REPLACED

78 pledges from families and individuals have been made to SsAM’s 2021 pledge campaign. That’s 54% of the 144 pledges we hope to receive — … END_OF_DOCUMENT_TOKEN_TO_BE_REPLACED

Despite the Coronavirus pandemic, in 2020 we were able to exceed last year’s contribution to the Friendship House Clothing Bank. The … END_OF_DOCUMENT_TOKEN_TO_BE_REPLACED

Here are the recorded videos of recent Stewardship Webinars and a Financial Town Hall. You can get the passcodes by calling or texting Danny … END_OF_DOCUMENT_TOKEN_TO_BE_REPLACED

YOUTUBE: Click here to see our YouTube Channel. Some smart TV sets will allow you to stream YouTube, so you can watch the service in your den or living room. Search for “Saints Andrews and Matthew”.