Here is a list of books, articles, and videos that enlighten us about race, race relations, racial history, and related topics. Click here to make a recommendation. Let us know, too, if you want to join SsAM’s Book Discussion Group.

We are developing a bibliography of books (and articles). This bibliography is part of that effort that began when 60 of us met on June 26, 2020 to discuss “Repairing The Breach: A Conversation About Racism” with Father David Andrews, Canon Lloyd Casson, and Rabbi Douglas Krantz.

Sue Linderman’s “Racism In America: The History We Didn’t Learn In School” 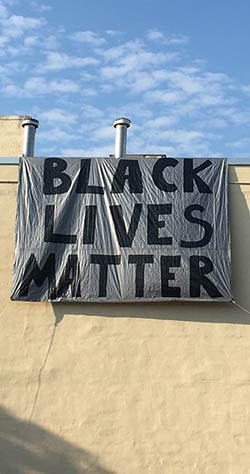 History of Slavery in Delaware. Diane Clarke Streett, a member of SsAM, is one of the authors of this six-page history. In 2010, she was sworn in as the second black woman to serve as a Delaware Superior Court judge. Other authors, also members of our church, were Dr. Jeanne Nutter, the Rev. Canon Lloyd S. Casson, Mr. Norwood Coleman, and Ms. Susan Thomas-Holder.

A Litany of Reconciliation. Crafted by the Rev. Chris Keene of Immanuel-on-the-Green in New Castle, Delaware, it was prepared for a Delaware Episcopal clergy Zoom meeting where white supremacy was the topic. Here it is as a congregational resource, and as a litany to pray when we gather.

First Fridays at 5:30 p.m. Next walk is Friday, March 5! Since June 19, 2020, SsAM and other churches have been sponsoring silent Walks … END_OF_DOCUMENT_TOKEN_TO_BE_REPLACED

Use Facebook or YouTube to worship with us this Sunday at 10:00 a.m.! Coffee Hour follows using Zoom. We have gone back to pre-recorded … END_OF_DOCUMENT_TOKEN_TO_BE_REPLACED

The members of three Wilmington Churches continue their collaboration on issues of racial justice on Sunday, March 7, at 3:00 p.m. Please … END_OF_DOCUMENT_TOKEN_TO_BE_REPLACED

Our next 25th Anniversary Event is Sunday, March 14, at 3:00 p.m. The Zoom program on the 14th of March will continue the exploration of … END_OF_DOCUMENT_TOKEN_TO_BE_REPLACED

How to Observe a Holy Lent during a Pandemic.  I invite you, therefore, in the name of the Church, to the observance of a holy Lent, … END_OF_DOCUMENT_TOKEN_TO_BE_REPLACED

The Importance of Getting Vaccinated:  The vestry of SsAM and I strongly recommend that you schedule a COVID-19 vaccination when you … END_OF_DOCUMENT_TOKEN_TO_BE_REPLACED

Our building is closed but we are busier than ever! Monthly Walks for Justice and Peace First Fridays at 5:30 p.m. Next Walk is Friday, … END_OF_DOCUMENT_TOKEN_TO_BE_REPLACED

In February we celebrate the contributions of Black people. It is a time to reflect on the struggle for racial justice. 2021’s theme is “The … END_OF_DOCUMENT_TOKEN_TO_BE_REPLACED

You can make a one-time donation or set up a donation that repeats weekly or monthly. A click on the button will bring you to a secure … END_OF_DOCUMENT_TOKEN_TO_BE_REPLACED

Here is a list of books, articles, and videos that enlighten us about race, race relations, racial history, and related topics. Click here … END_OF_DOCUMENT_TOKEN_TO_BE_REPLACED

If you want to make your pledge to SsAM for 2021, you can use this on-line form, which does NOT ask for bank account or credit card … END_OF_DOCUMENT_TOKEN_TO_BE_REPLACED