In February we celebrate the contributions of Black people. It is a time to reflect on the struggle for racial justice. 2021’s theme is “The Black Family: Representation, Identity, and Diversity,” chosen by the Association for the Study of African American Life and History.

Memeger, a long-time DuPont chemist at the Pioneering Research Laboratory, played a crucial role in streamlining the production of Kevlar by discovering a faster polymerization process. Memeger holds fourteen patents for his discoveries. In addition, he is an accomplished artist, taking inspiration from the geometric shapes found in molecular compounds.

The 40-minute documentary will premiere on YouTube at 7 p.m. on February 24 and will be hosted by Dr. Jeanne Nutter, Professor of Media Communications at Bloomfield College, an award-winning oral historian, and a long-time member of our church. We hope you can join us to celebrate Memeger’s many accomplishments spanning his career at DuPont. Click here to visit the Hagley website where a link to the video will be posted.

Everyone is invited to attend this virtual concert. Guest musician R. Monty Bennett will play music of the Western Classical Tradition, Organ Music based on Spirituals & Hymns, then finish with Contemporary Organ Music from Africa. To view the concert, visit Saint Anne’s website or Facebook page.

One of Wilmington’s most anticipated annual Black History Month events, this program features poetry from authors of color, including Paul Lawrence Dunbar and Jacob Lawrence, set to music. Their stories of freedom and justice. Tickets are $25. Click here to learn more about the Choir School of Delaware’s program for Black History Month.

A two-part series about the 400-year history of the Black church in America, revealing its broad culture, its faith communities on the frontlines of hope and change, and its role as the focus of African-American survival and grace, organizing and resilience, thriving and testifying, autonomy and freedom, solidarity and speaking truth to power. Click here to learn more about this two-part Black Church presentation on PBS.

The Episcopal Church in Delaware is proud to recognize Black History Month.

Click here to see the many racial justice resources and other information offered on the Awakening Racial Justice page of the Episcopal Church in Delaware’s website.

Two Documentary Films: If you can, find and watch these two inspiring movies.

“My Name is Pauli Murray” is premiering at the 2021 Sundance Film Festival
A documentary about a Black, non-binary, writer, activist, lawyer, and priest who became California’s first Black deputy attorney general and the first Black woman to be ordained as an Episcopal priest. Justice Thurgood Marshall referred to Murray’s 1950 book States’ Laws on Race and Color as “the Bible for civil rights lawyers.”

“The Black Church – This is Our Story. This is Our Song” on PBS this month
A two-part series about the 400-year history of the Black church in America, revealing its broad culture, faith communities on the frontlines of hope and change, and its role as the site of African American survival and grace, organizing and resilience, thriving and testifying, autonomy and freedom, solidarity and speaking truth to power. More information 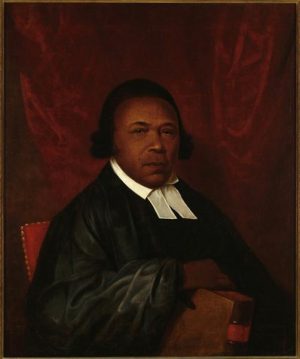 In 1794 Jones founded the first black Episcopal congregation, and in 1802, he was the first African American to be ordained a priest in the Episcopal Church. Liturgically, he is remembered on the date of his death, February 13, in the 1979 Book of Common Prayer as “Absalom Jones, Priest, 1818.” A biography of Absalom Jones is available in full on the website of The Historical Society of the Episcopal Church.

Books About Race, Race Relations, and Racial History – A Bibliography

Diversity at SsAM – Links to all the posts

First Fridays at 5:30 p.m. Next walk is Friday, March 5! Since June 19, 2020, SsAM and other churches have been sponsoring silent Walks … END_OF_DOCUMENT_TOKEN_TO_BE_REPLACED

Use Facebook or YouTube to worship with us this Sunday at 10:00 a.m.! Coffee Hour follows using Zoom. We have gone back to pre-recorded … END_OF_DOCUMENT_TOKEN_TO_BE_REPLACED

The members of three Wilmington Churches continue their collaboration on issues of racial justice on Sunday, March 7, at 3:00 p.m. Please … END_OF_DOCUMENT_TOKEN_TO_BE_REPLACED

Our next 25th Anniversary Event is Sunday, March 14, at 3:00 p.m. The Zoom program on the 14th of March will continue the exploration of … END_OF_DOCUMENT_TOKEN_TO_BE_REPLACED

How to Observe a Holy Lent during a Pandemic.  I invite you, therefore, in the name of the Church, to the observance of a holy Lent, … END_OF_DOCUMENT_TOKEN_TO_BE_REPLACED

The Importance of Getting Vaccinated:  The vestry of SsAM and I strongly recommend that you schedule a COVID-19 vaccination when you … END_OF_DOCUMENT_TOKEN_TO_BE_REPLACED

Our building is closed but we are busier than ever! Monthly Walks for Justice and Peace First Fridays at 5:30 p.m. Next Walk is Friday, … END_OF_DOCUMENT_TOKEN_TO_BE_REPLACED

In February we celebrate the contributions of Black people. It is a time to reflect on the struggle for racial justice. 2021’s theme is “The … END_OF_DOCUMENT_TOKEN_TO_BE_REPLACED

You can make a one-time donation or set up a donation that repeats weekly or monthly. A click on the button will bring you to a secure … END_OF_DOCUMENT_TOKEN_TO_BE_REPLACED

Here is a list of books, articles, and videos that enlighten us about race, race relations, racial history, and related topics. Click here … END_OF_DOCUMENT_TOKEN_TO_BE_REPLACED

If you want to make your pledge to SsAM for 2021, you can use this on-line form, which does NOT ask for bank account or credit card … END_OF_DOCUMENT_TOKEN_TO_BE_REPLACED